My book, Angel in the Shadows, will be a first for me but I am busy working on the next one in this series. You will be able to find my book as well as many other great novels at Soul Mate Publishing, Amazon, and Barnes and Noble. I added a short excerpt of my book below. Hope you enjoy!

GOODREADS.COM
I AM SO EXCITED TO ANNOUNCE THAT MY DEBUT NOVEL, ANGEL IN THE SHADOWS, IS NOW RELEASED!! THAT'S RIGHT. IT'S OUT NOW ON AMAZON. I AM INCLUDING THE LINK BELOW. PLEASE STOP BY AND CHECK IT OUT! 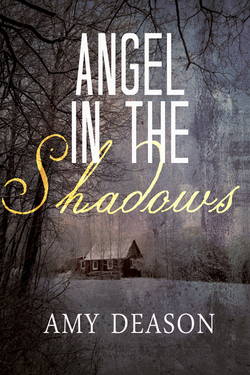 Just like Seth, the Porsche was dark, mysterious, and masculine. Things were not improving. She shied away from thinking about that monster in the alleyway, the one that had his hands on her, touching her. She couldn’t think of that now because she would come apart completely. So she focused on Seth instead and used the anger that had been building up for the last several hours. God, she really needed to get away from him. But she also needed to understand what she was up against. And that was nearly impossible since Seth was refusing to tell her anything. The sneaky bastard! She would just have to figure out a way to make him talk.

Making her voice as strong and determined as she could, she looked at him and said, “I have a right to know what is going on.”

He didn’t even look in her direction. “Your rights end when and where I say they do. Don’t push me too far Miss Sinclair. You won’t like the result,” he warned.

This guy was really beginning to piss her off. “Damn you! Tell me what the hell is going on!”

A ghost of a smile crossed his soft lips, drawing her attention to them. He remembered how they felt on hers. She shoved that away before the annoying lust could distract her from her plan of action.

“Damn me? Sorry to ruin your little tirade but I’ve been damned for a very long time. Nothing you can say or do can make it worse,” Seth’s voice was low and quiet, reflective.

She must have imagined the small amount of emotion in his voice. But real or not, it cooled some of her anger, making her wonder again just who the hell this guy was. Definitely not the self-effacing personal assistant she had taken him for just yesterday. But as intriguing as that question may be, she had no intentions to stick around and find out the answer. There was the saying about curiosity killing the cat and as curious as she was, learning that particular bit information was not something she was willing to die for. Maybe if she could open the door and jump out. But he was going so fast. He didn’t slow down much as he took the corners but maybe that small change in speed would make the difference between getting injured and being killed. At this point, she didn’t think she had much to lose by trying. Furtively, she reached over and gripped the door handle, waiting for the next turn.

“Don’t think you can try jumping out when I slow down. You really don’t want to make me angrier than I am now.” Seth’s voice was calm and soft, not betraying any emotion but she had enough sense to be afraid. Releasing the door handle, she crossed her arms over her chest, her hands balled into tight fists. Man, she wanted to just sock him!

Beside her, Seth shrugged indifferently. “Then again, maybe you should jump out. Though it would probably be suicide. I’m not sure how you feel about dying but at least I wouldn’t have to save you again.”

“I never asked you to save me. You did that on your own,” Madison replied heatedly.

“My mistake. Next time, I’ll just let them have you.”

“Next time? Who says there’s going to be a next time?”

Another uncaring shrug of his strong shoulders. “Just call it an educated guess.”

Scowling, she asked, “Why even take the time to save me? You’re just going to kill me.”

“I never said I was going to kill you.”

“No, but you didn’t say you weren’t either.”

“Touché” He turned to her with a small, tight lipped smile.

“Why don’t you just tell me what is going on?”

He sighed, exasperated. “If I tell you anything, you’re as good as dead.”

His threat was ominous but she sensed he was telling her the truth this time. Considering the circumstances, that fact wasn’t exactly encouraging. But maybe his honesty would continue for a while longer.

“I’m probably a dead woman anyway so there’s really no harm in satisfying my curiosity is there? Consider it a last request.” Madison tried to sound brave and add some humor to her situation. As long as she could remain lighthearted, she would be able to keep her wits about her so maybe she could get out of this thing alive.

“I applaud you for your attempt at levity. But believe it or not, this situation is not funny in the least and it’s not my intention to see you dead, Miss Sinclair.”

She twisted in the seat, facing him, one eyebrow raised questioningly. “No? Then just what are your intentions Mr. Reynolds?”

“I really can’t tell you. You’re just going to have to trust me.”

“You know,” he replied lightly, “if you would have trusted me in the first place, your friend would still be alive.”